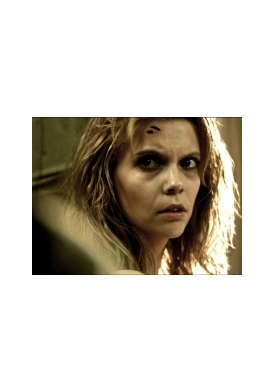 They're all inhabitants in this dark and shabby hotel corridor. Pale men, women and children are being collected, dead or alive, by the red-and-greenclothed staff. There's no escape for what's coming.