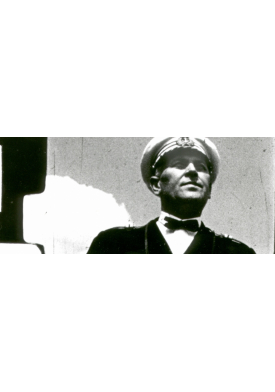 The Danube Exodus documents the Jewish exodus from Slovakia just before the beginning of World War II. In two boats, a group of nine hundred Slovak and Austrian Jews tried to reach the Black Sea via the river Danube, in order to get to Palestine from there. Péter Forgács based his film on the amateur films of Nándor Andrásovits, the captain of one of the boats.