Diaz: Don't Clean Up This Blood 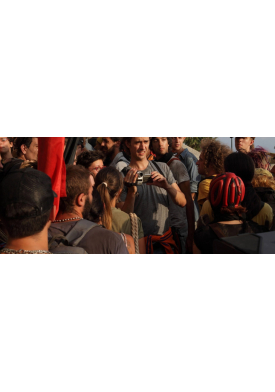 The G8 summit was drawing to a close and, at the Diaz Pascoli School in Genoa which had been set up as a social forum for anti-globalisation protesters, the young people were in good spirits – in spite of the violent clashes with the police that had occurred during the previous days. Shortly after midnight, the police stormed the school and brutally attacked these young people for two hours until almost all of them ended up in hospital and were later taken to a detention centre. Told from different perspectives, the story describes the events of this day, sticking close to the heels of both perpetrators and targets, until the whole bloody truth is told.

You can purchase tickets HERE.