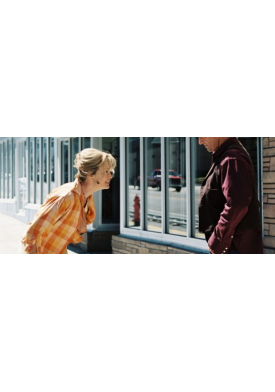 Howard Spence has seen better days. Once he played Western heroes, now there are only supporting parts left for him. He leads an utterly selfish life, drowning the disgust for himself with alcohol, drugs and young women. Until one day he learns from his mother that he might have a child somewhere. The very idea seems like a ray of hope that his life wasn't all in vain. So Howard sets out to search for that son, or daughter, whoever it is. He finds Doreen, a woman he once loved, and Earl, a young singer who doesn't need a father anymore. But to complicate things, there's also Sky, who might be his daughter of another short liaison, and Sutter, a bounty hunter determined to take Howard back to the movie set that he abandoned.