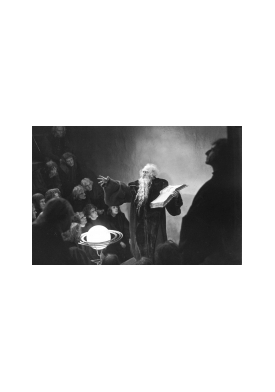 God and Satan war over earth; to settle things, they wager on the soul of Faust, a learned and prayerful alchemist. During a plague, Faust despairs and burns his books after failing to stop death; Satan sends Mephisto to tempt Faust, first with insight into treating the plague and then with a day's return to youth...

Screening hosted by the Lutheran Church in Cluj and accompanied with live music especially composed for this event and played by famous organist Martin Schmeding.