First of All, Felicia 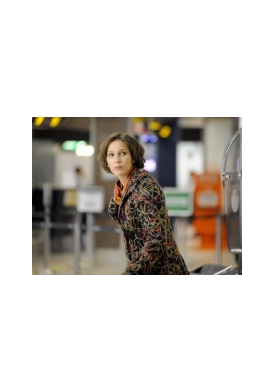 Felicia's departure day (after the annual visit to her parents in Bucharest) is very tight: packing too late, an elaborate breakfast and the father's fear that he will not live to see her again. On top, her sister calls to say she can't drive her to the airport.
As the taxi drives through the jammed streets, Felicia and her mother realize they will never be in time for the flight.
While trying to rebook her ticket, Felicia is confronted with her two families, her ex-husband and her child in Holland & her father and sister in Bucharest. All these and the disrupted communication with her mother reveal the painful ordeal Felicia had to go through in the last 19 years of separation from her family.

Official Program - First of All, Felicia