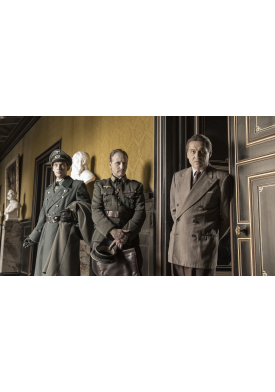 The story of two remarkable men, Louvre director Jacques Jaujard and Nazi Occupation officer Count Franziskus Wolff-Metternich - enemies then collaborators - whose alliance would be the driving force behind the preservation of museum treasures. Francofonia explores the relationship between art and power, the Louvre museum as a living example of civilization, and what art tells us about ourselves even in the midst of one of the bloodiest conflicts the world has ever seen.