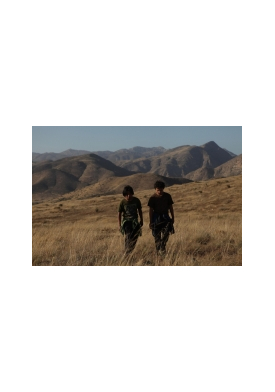 Juan, Sara and Samuel, all 15 years old, flee from Guatemala towards the USA. On their journey through Mexico they meet Chauk, a Tzotzil indian who does not speak Spanish and has no official documents. They all believe they will find a better world beyond the USA-Mexico border but they run into a harsh reality.