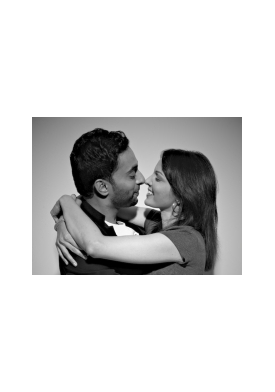 A love story plays out on a phone line between two strangers in New York. An old-world romance in a modern world. They met briefly at a bar and exchanged numbers. The girl is transiting at Hotel New Yorker because her connecting flight is delayed. The guy is driving from New York to Philadelphia after a wild New Year's Eve, and his friends nudge him to call her. She wants to get over some memories. He wants to get over his clingy ex. They go through the eight stages of romance during the night's single, romantic phone call