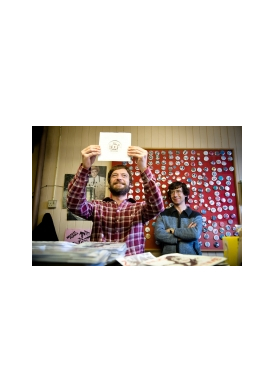 It’s Belfast in the 1970s, the time of the Troubles, when bloody conflict decimated the city, shutting it down. But unlike his friends who take up arms, uncompromising rebel and music lover Terri Hooley decides to open a record shop on the most bombed half-mile in Europe – and he names it Good Vibrations. Joined by young musicians and a wide variety of bands, Terri sets out on a mission to return the spark and life to his city.