I Love You All 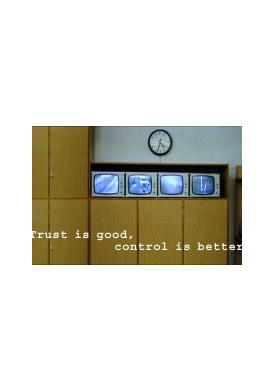 Mr S. worked for twenty years as an official, „serving society“. Out of love. An unconditional, absolute love for „his people“. A blind and destructive love. In February 1990, several weeks after the fall of the Berlin wall, the Ministry for State Security is dissolved. The end has come for the Stasi. Major S. is one of their officers. In I Love You All, Mr S.’s testimony serves as a foil to a rather disturbing montage. His report is combined with original footage from both private and public archives. It is a film about surveillance and blindness, belief and disillusionment.

Official Program - I Love You All