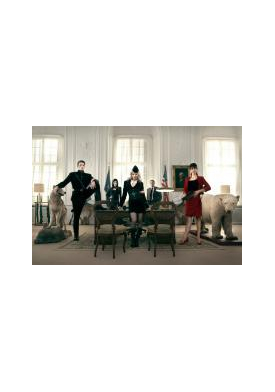 Unknown to the world, at the end of 1945, a group of scientists from the Nazi fortress of New Swabia in the Antarctic escaped in space rockets to the dark side of the moon. Here, in complete isolation from the rest of the world in a sublunary military base known as the ‘Black Sun’, a cosmic Nazi Armada of UFOs is being constructed with the intention of subjugating the world’s population. It’s 2018, and mission ‘meteor Blitzkrieg’ begins. The Nazis land in New York - but secret agent Renate has her own plans...