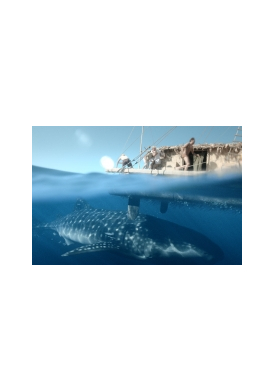 In a dangerous sea-faring adventure, six men are tested to the limits of their endurance in the daring true story of the Kon-Tiki voyage. Thor Heyerdahl is a restless spirit. His radical idea kick-starts an impossible mission. Along with five loyal buddies, Thor follows an ancient path 4,300 miles across the Pacific on the fragile Kon-Tiki raft. Attacked by tidal waves, sharks and all the dangers the Ocean can muster, it’s six men battling with nature as Kon-Tiki strives to reach land. Having sacrificed everything for his mission, even his marriage, Thor must succeed.