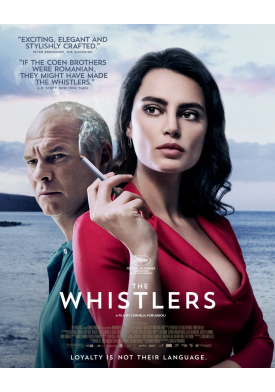 Cristi, a Romanian police officer who is a whistle blower for mafia, is going to the La Gomera island in Spain to learn an ancestral whistling language. In Romania he is under police surveillance and by using this coded language he will continue to communicate with the mobsters to get Zsolt, the only one who knows where 30 millions of euros are hidden, out of prison. The film is screened at TIFF shortly after its world premiere in the Cannes official competition!