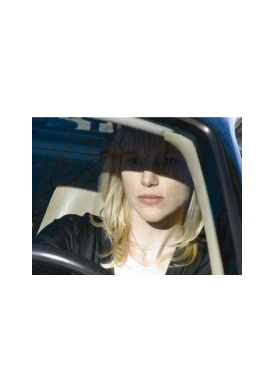 Last Conversation was shot in a single take with 25 camera's attached to the exterior of a driving car. Anne, a lawyer in her mid forties, sits behind the wheel. She receives a call from her lover, who has just ended their lengthy but clandestine relationship. During the call, Anne drives out of the city. Her gaze is focussed on the road, but in her thoughts she is with the man on the phone. Anne allows herself to be swept away by memories and powerful emotions. Anne realizes that she has become emotionally dependent on her lover. For this, she is furious at herself. She pays no attention to the changing landscapes around her and seems equally unaware that she is slowly changing herself aswell. Gradually Anne starts to accept her feelings of revenge and pain and is able to transcend them.