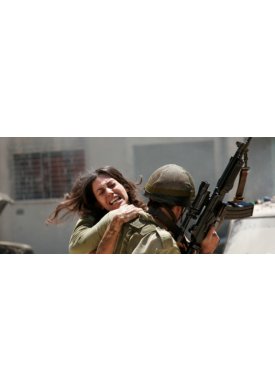 The First Lebanon War – June, 1982. A lone tank is dispatched to search a hostile town that has already been bombarded by the Israel Air Force. What seems to be a simple mission gets gradually out of control and turns into a death trap. Shmuel the gunner, Assi the commander, Herzl the loader and Yigal the driver are the tank’s crew. They are not fighters, eager for battle, conquest or self-sacrifice. Entangled in the absurd and unfair war nets they are terrified to death by its horrors. They’re brave kids losing their innocence in the most brutal way. A sharp basic instinct will push them to the limits as they struggle hard to survive in a situation they cannot contain anymore, desperately trying not to lose their humanity amid the chaos of war.