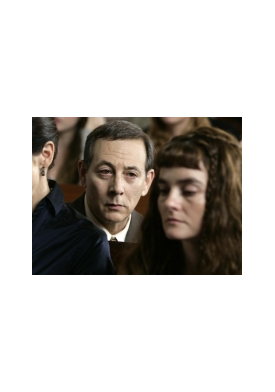 There is Joy, who discovers her husband Allen is not quite cured of his peculiar “affliction” and runs away, seeking solace and guidance from her mother and sisters; her former suitor Andy, now deceased, but still never giving up in his effort to win Joy’s heart; her sister Trish who meets Harvey, a lonely divorced man on the cusp of retirement, and hopes that a new man in the house will bring stability to her fragile family; her sister Helen who feels victimized by both her family and her Hollywood success; her mother Mona, who can’t let go of her bitterness about men... All these characters and storylines - alternately funny, sad and outrageous, expand, and collide to create a kaleidoscopic portrait of prisoners of love and life during wartime.