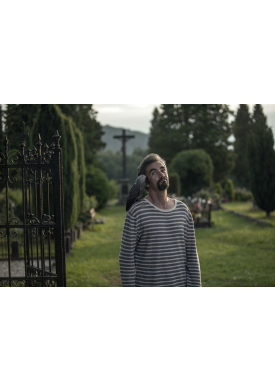 During the Munich meetings between French premier Édouard Daladier, Neville Chamberlain, Adolf Hitler and Benito Mussolini, there was an unnoticed observer: Daladier’s parrot. Now 90 years old, the bird is invited to Prague by the French Cultural Institute and begins to repeat various derogatory comments that its master allegedly made during the negotiations. Pavel, a Czech journalist undergoing a midlife crisis, kidnaps the parrot and finds himself at the centre of a political scandal.