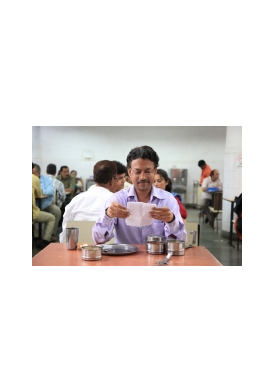 Every day thousands of wallahs, deliverymen, deliver lunchboxes with hot meals prepared by housewives to their hard-working husbands. Almost never a lunchbox arrives at the wrong address, but now it happens and Saajan, a lonely man in the dusk of his life, receives the food made by Ila, a housewife. They build a fantasy world together through notes in the lunchbox. Gradually, this fantasy threatens to overwhelm their reality.