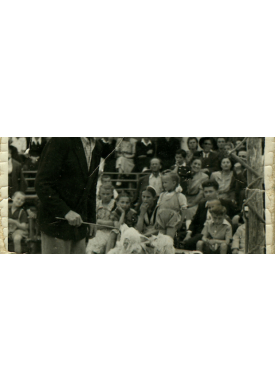 Mina and Carol have been married for 55 years. In their youth, they both were circus performers. Mina is 75 and Carol is 84. They have a daughter, two grandchildren and a 4-year old great granddaughter. Carol's father, Toma Zdebschi, was one of the first circus owners in Romania. When the communists came to power, the circuses were nationalized and Carol had to give up the name of Globus, which was taken by the national circus. They retired in 1992 and they live in their house in the Rahova neighborhood. They still have in their courtyard the old wagon in which they used to travel all over the country.