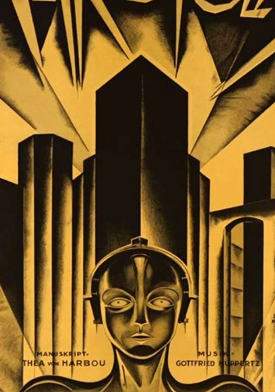 In a futuristic city sharply divided between the working class and the city planners, the son of the city's mastermind falls in love with Maria, a working class prophet who predicts the coming of a savior to mediate their differences.

Metropolis will be screened in its restored form, accompanied live by the Transylvania State Philharmonic Orchestra, with the original music composed by Gottfried Huppertz and conducted by German conductor Stefan Geiger.

Film presented thanks to Friedrich-Wilhelm-Murnau-Stiftung

Music offered with the help of the European Filmphilharmonic Institute

Event organised with the support of the German Cultural Center,  Universităţii street, no. 7-9, Cluj-Napoca