Mondays in the Sun 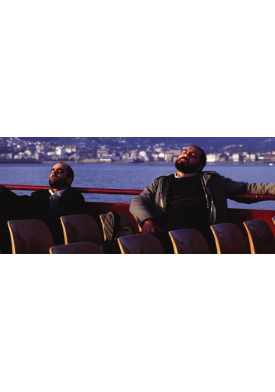 Mondays in the Sun is a touching drama about a group of working-class men who find themselves suddenly unemployed and unwanted in their middle age. Laid off from the local shipyard, the men spend their days at the town bar, where they reminisce, philosophize, and commiserate about their current state. Gruff Santa puts up a tough front, refusing to sink into self-pity, and occasionally pricking his friends' hopes. Morose José openly worries about his wife, whom he fears might leave him. That seems to have been the fate of Amador, the oldest of the bunch, who keeps reassuring everyone that his wife will be back any day now from her trip...

Official Program - Mondays in the Sun