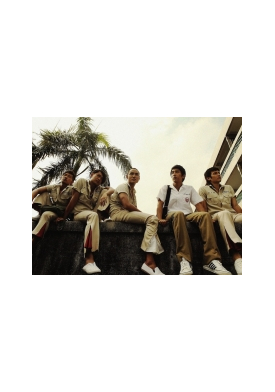 Monga is the name of an old quarter of Taipei. Mosquito and his friends have no illusions about the unwritten laws that prevail in this part of town: if you want to survive here you’ve got to be stronger than your enemies. Mosquito, Monk, Dragon, White Monkey and A-Lan are all members of the ‘Gang of Princes’. They formed the gang when Mosquito’s snack was stolen on his first day at school in Monga. The five teenagers have decided they don’t want to be pushed around. The boys soon begin to enjoy their new found gangster lifestyle and are already planning to take over as top dogs on the streets of Monga. But little do they know that there are others who are deeply jealous of Mosquito’s success.