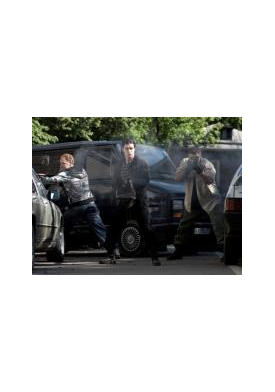 Based on the Johnnie To film Breaking News. Newsmakers is a high-adrenaline, action packed film about a group of robbers who gain the upper hand in a brutal shootout with the police and make their escape. Wanting payback, the police department decides to start a TV reality show to document the gang’s capture. Katya, the young and ambitious head of the PR department of the Moscow Police, proposes an unusual solution to this complex situation: the restoration of the force’s reputation and sweet revenge by turning the capture of the gang into a reality show that will be seen by the entire country. The world tunes in to see what will happen as the police try to arrest the most famous criminals in history but, behind the scenes, the outlaws have plans of their own.