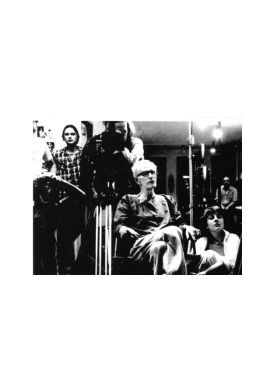 Lightning Over Water is a penetrating and touching film of the last days of cult American director Nicholas Ray, most well-known for Rebel Without a Cause. "I knew that he wanted to work, to die working", Wim Wenders says in the movie. And through his work with Wenders and the crew, Ray transformed his dying into an act of collaboration and a work of art. Dying slowly of terminal cancer, Ray chose to stay in his modest New York City loft, surrounded by his closest friends - a sharp and poignant contrast to the comparative luxury of his Hollywood years. Ray reflects on a lifetime of accomplishments, failures and compromises, and reminisces about Joan Crawford, James Dean and the many other Hollywood stars that appeared in his films.