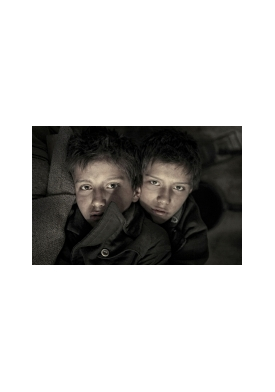 It’s the Second World War, and two 13-year-old twin boys are sent from the city to their grandmother’s village to take shelter in her house. But the old woman would rather nurse a bottle of booze than care for her own flesh and blood. Thus instead of finding a safe refuge, the brothers fully experience the cruelty of war and the utter absence of love. They write down their everyday experiences in the notebook, the only thing left from their father...