Notes for a Heist Film 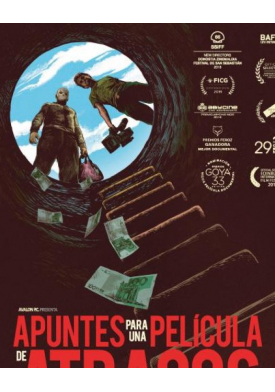 Elías is a film director who dreamed of making a heist movie. During the summer of 2013 he reads a news story about the arrest of 'The Vallecas Robin Hood', the leader of 'the sewers gang'. He then feels that he has found the opportunity to make his dream come true. He sends him a letter to the prison where he is serving his sentence. Against all odds, Elías receives a reply three weeks later. Robin Hood agrees for him to come and visit him in prison.