Nothing bad can happen 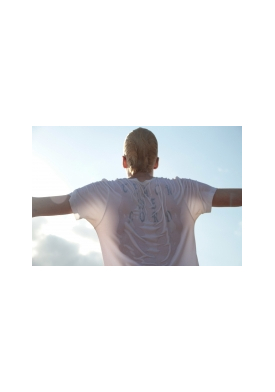 Young Tore belongs to the Jesus Freaks, a Christian punk movement rebelling against established religion whilst at the same time following Jesus' precepts of love. One day, in what appears to be a miracle, Tore manages to repair a car which has broken down and gets to know the driver, Benno. Before long, Tore moves into a tent in Benno’s garden and gradually becomes part of his family. But Benno can’t resist playing a cruel game, designed to test Tore’s faith. As the violence become more and more extreme, Tore’s capacity for love is pushed to its limits.

Official Program - Nothing bad can happen