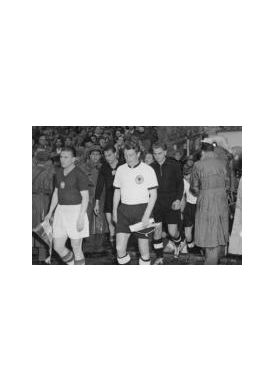 This documentary tells the story of legendary soccer player Ferenc Puskás, who started from the Budapest slums and became an international star, living his life irrespective of politics, war and conventions of society, doing the one thing he loved and knew best: soccer. Our movie is about this mystic figure, the captain of the legendary Magical Magyars Team of the 1950s, who overcame poverty, calamities such as World War II, and the Hungarian Revolution of 1956, and who, after a physical and mental breakdown, returned to the top with an amazing effort once again in his 30's, and became a world-renowned forward for the Real Madrid.