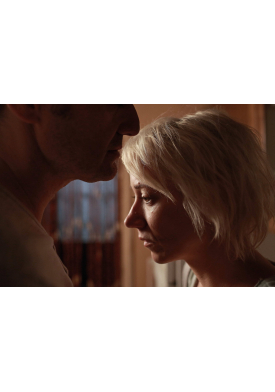 Ivo, a labourer in the employ of an agro-industrial conglomerate, comes to the aid of a woman whose car has run out of petrol on a dark, deserted road. Though he first appears in the guise of a saviour, the truth is that Ivo is anything but a hero: he did time in prison for raping a woman many years ago. These days, he is quiet and withdrawn, struggling with his demons and with the ugly past that his fellow villagers refuse to let him forget. The seemingly benign roadside meeting is just the beginning of a very long night...