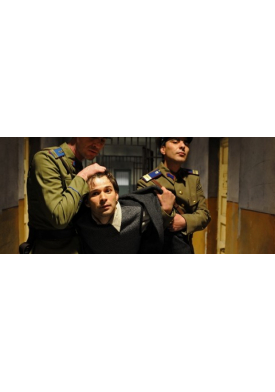 In 1957, one year after the bloody suppression by Soviet tanks of the Hungarian Revolution of November 1956, the communist regime in Romania began a large-scale programme of arrests and trials designed to quash any attempt to imitate the events from neighbouring Hungary at home. In Transylvania, where news of the events in their neighbouring country had spread to the leaders of the Romanian, Hungarian, and German populations, the Securitate unleashed a particularly extensive campaign of arrests. One of the victims is Felix Goldschmidt, a young man of Saxon origin and a student at Cluj University, where he is also head of a literary group.