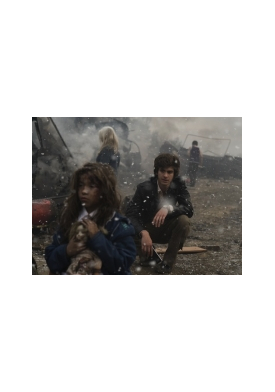 Ten year old Clare Kemplay has gone missing in Morley. Eddie Dunford, rookie crime reporter for the Yorkshire Post is running late for the press conference and for his dad’s funeral. This is not the first time local girls have gone missing and never been found. Eddie meets Paula, the mother of Jeanette Garland, missing since ‘69. He falls for her. Eddie’s fellow journalist Barry is on the case of John Dawson, a local property magnate. Barry suspects police corruption and thinks that everything’s linked. Barry’s told his life is in danger, and Eddie is warned off by a couple of boys in blue. But then Barry is found dead in a freak road accident - and Eddie starts to read Barry’s research...