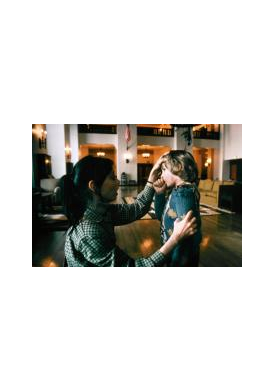 With wife Wendy and psychic son Danny in tow, frustrated writer Jack Torrance takes a job as the winter caretaker at the opulently Overlook Hotel so that he can write in peace. Before the Overlook is vacated, the manager informs Jack that a previous caretaker went crazy and slaughtered his family; Jack thinks it's no problem, but Danny's "shining" hints otherwise. Danny is plagued by more blood-soaked visions of the past, and a blocked Jack starts visiting the hotel bar for a few visions of his own. Frightened by her husband's behavior, Wendy soon discovers what the hotel has done to Jack...