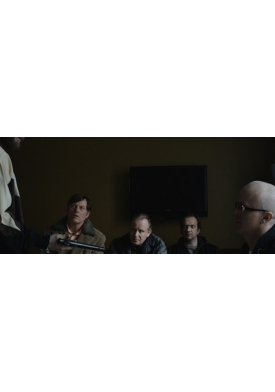 Ulrik is a somewhat gentle man. He has no special wishes and makes no demands. He does not give too much thought to what he does either. If he’s given some food and a place to sleep, he will give people what they want in return. Whether this be a little affection or a killing. Ulrik has killed some people and crippled a few. It’s all part of the job when you’re a gangster. Just like doing time. Now Ulrik is out again. Reluctantly... And Jensen is waiting on the outside. He’s a boss with professional pride, and it is important for Jensen that Ulrik kills the snitch that ratted him out.