Into the Storm (Great Britain, USA) 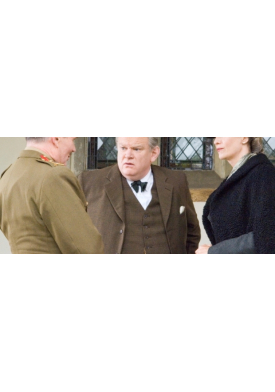 For five years, Winston Churchill played perhaps the single most important role in thwarting the Nazis during WWII, his intrepid leadership and rhetoric inspiring millions of Britons and other members of the free world to fight Hitler’s Germany to the bitter end. Following the Allies’ success, Britain went to the polls in 1945 to decide their post-war prime minister and ruling party, taking nearly a month to tally all the votes. Incumbent Prime Minister Churchill went on holiday to France with his wife and daughter in anticipation of the election results...

Official Program - Into the Storm