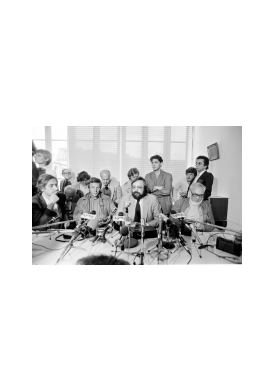 In 1982 the newly elected president of France François Mitterrand faces Romanian dictator Nicolae Ceauşescu because of an espionage story worthy of a policier. A backstage fight takes place between the secret services of the two countries, the French DST and the Romanian Securitate. Ceauşescu asks one of his agents to kill two Romanian dissidents in Paris, writers Virgil Tănase and Paul Goma, both French citizens. But the agent, Matei Haiducu, contacted the DST. The French secret service then prepared one of the most incredible operations during the Cold War.