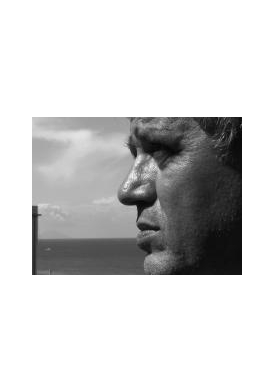 As a young rebel Totó has turned his back on his place of birth. Ever since he has found himself between different worlds with his language, his feelings and his dreams. He was born in Tropea in Calabria and has been married to a woman from Vienna for thirty years. Today he lives in Vienna as an immigrant, after decades restlessly seeking a place to live with his wife and his four sons. At the age of fifty, his yearning for his hometown and the feeling of loss grow so strong that Totó’s thoughts circle ever increasingly around his childhood and youth in southern Italy. Thus, during his duty as an usher at the Viennese Konzerthaus, he creates the first poems in the language of his childhood, the dialect of Tropea.