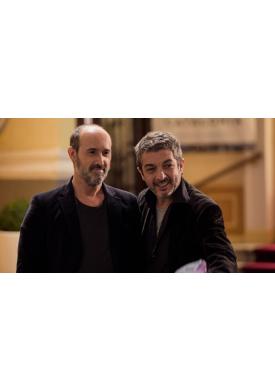 Two childhood friends are reunited after years without seeing one another. Separated by the Atlantic Ocean, the two friends have made their lives on different continents, but when they meet again it feels like they´ve never been apart. Julian and Tomas will spend a few unforgettable days together; laughing, reminiscing, crying... because their reunion is also their last goodbye. Truman is an elegy to friendship and love. A humorous and honest portrait of the courage it takes to accept that death is just another part of life.