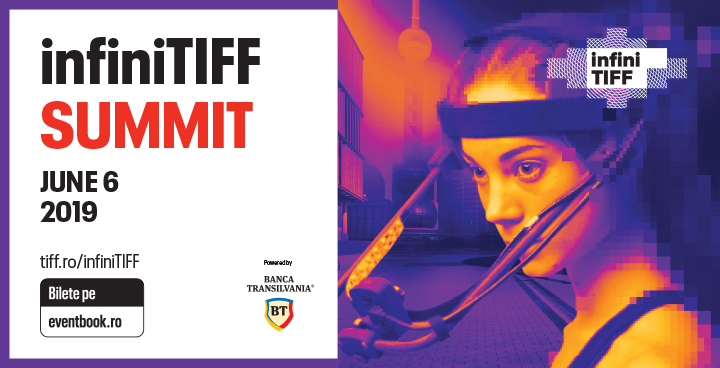 The infiniTIFF Summit provides an opportunity for knowledge exchange and interdisciplinary networking in the context of virtual production.

Lead by inspiring keynote speakers, this half-day conference addresses professionals with backgrounds in film, business, IT, tech, design, etc., who are interested in how virtual production is re-shaping the filmmaking process and the future of audiovisual content. Virtual production creates new opportunities for creatives and entrepreneurs since the tools developed for big-budget productions are suddenly available for low-budget and independent productions as well.

How can virtual production make the filmmaking process more cost-efficient and meaningful? How will  a radically redesigned production process impact the stories told on large and small screens? How can agile local networks be created to cater to the needs of international audiovisual projects? How can the workforce continuously adapt to rapidly changing demands, methods, and tools? Last but not least, how can different business sectors like film, games, and technology collaborate in new and efficient ways?

Through inspiring content and structured networking, the infiniTIFF Summit seeks to ignite an initial dialogue between cross-disciplinary stakeholders. An open pitching forum provides the opportunity for attendees to deliver a 1 min pitch, presenting their product, service, skills, or a specific need they have.

This is our take on speed-dating: you’ll meet new people who share your interests in all things digital storytelling, virtual production and future of work. Start the day with potentially new friends and business partners. Don’t forget your business cards! 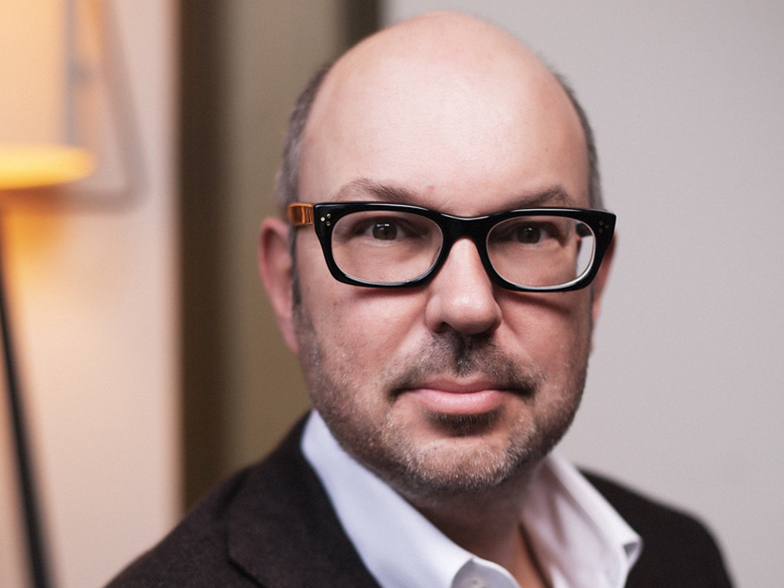 The great pace at which Artificial Intelligence is growing is being matched only by the number of gloomy headlines it creates. Today, most analysts think that this technology will cause mass jobs loss, and people feel more and more threatened by it seemingly by the hour. But what if Guido told us that AI would actually give us the chance to finally get our dream job? The good news is, AI can help people finding jobs they genuinely like and do what they do best, putting human talent back into the core of employment and creating more value for the entire system. It’s called a People Centered Economy. Guido will also explore the impact of this paradigm shift on the audiovisual industry.

Guido van Nispen is the publisher of Silicon Valley think tank i4j (Innovation for Jobs). I4j aims to help build a society in which the enormous advances in technology - in particular, AI - are used to improve the working lives of people by deploying them where their talents and capacities are optimally used. i4j recently published the seminal book "The People Centered Economy". Previously, Guido was the CEO of Dutch national news agency ANP, managed two investment funds and was the director at British Telecom (BT) in the Netherlands and Germany.

Real-time tools for the next generation of digital storytellers 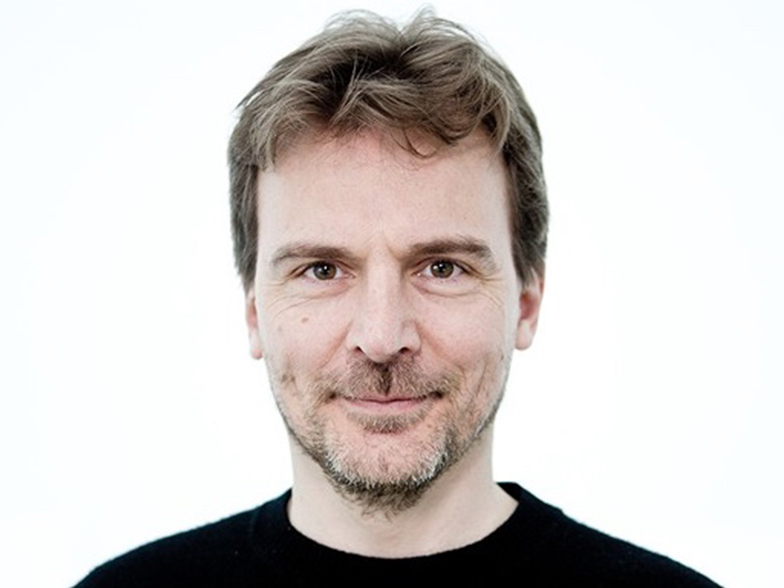 As a digital content creator, you probably know the tools that are being used by animation and VFX studios to create digital content today. But things are moving fast: VR and AR are about to become mainstream, processors are getting more powerful every day and 5G is around the corner. These technologies will transform the stories told and workflows employed by audiovisual creators, no matter whether they work in film, games, VR or AR. Jean-Colas will explore the changes we can expect to see in a near future and share with the audience his views on the future of filmmaking and storytelling - along with a live preview of PocketStudio, an entirely new and yet familiar Digital Content Creation tool, which is about to launch later this year.

Jean-Colas Prunier has over 25 years of experience in the animation industry and digital special effects. He worked at ILM and Weta Digital on more than 20 films in total, 5 of which received an Academy Award in the special effects category. Over the past 4 years Jean- Colas has been working on the development of real-time software for digital film production. He is a worldwide experts on this topic. He currently works as product architect on PocketStudio and is also the founder of the company. 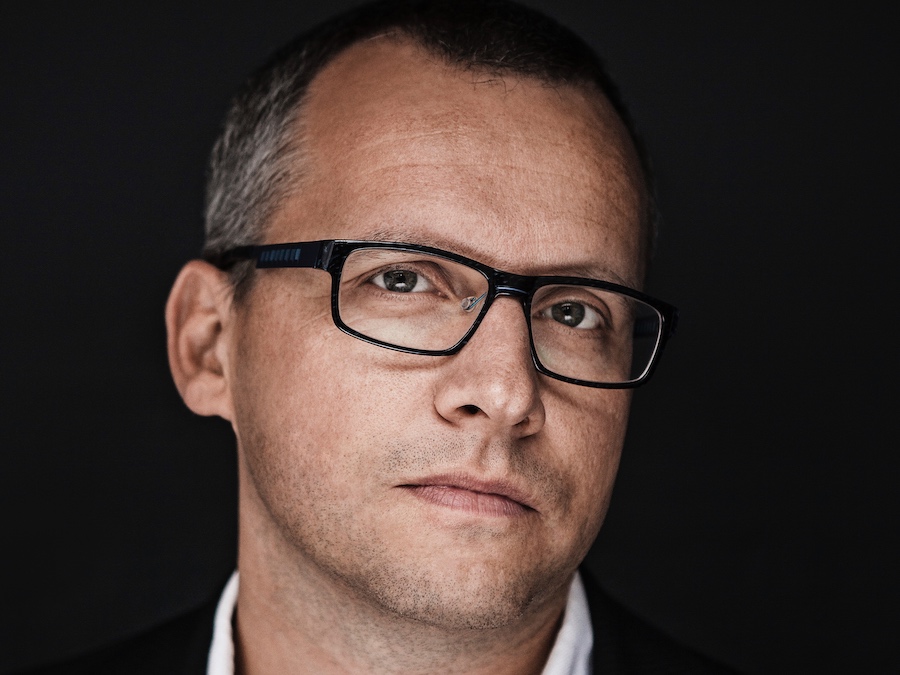 Visual effects have quietly become part of independent films way below the high budget range. Digital tricks reduce the cost of potentially expensive shots, but more importantly, they help filmmakers heighten the visual impact of seemingly naturalistic stories. The rise of digital techniques in recent years have led to an integration of VFX experts in the scriptwriting and development phase, and have allowed European filmmakers to venture into uncharted visual and narrative territories. In his presentation, Mikael will give an insight into his body of work, explore the paradigm shift in regards to VFX, and why he thinks that as a VFX supervisor the less time he spends with post-production the better he has done his work.

Mikael Windelin has an extensive knowledge and experience with all aspects of production, post production, animation and visual effects for feature films, documentaries and commercials. Recently he has worked internationally as VFX producer on films like „Vivarium" by Lorcan Finnegan (Semaine de la Critique, Cannes 2019), Joachim Trier’s “Thelma” and Tarik Saleh’s “The Nile Hilton Incident”, and on Ali Abassi’s winner of Prix Un Certain Regard “Gräns” that earned a European Film Award to VFX Supervisor Peter Hjorth, a long time close collaborator of Mikael Windelin. In total, the films Mikael worked on have received over 30 nominations and 25 awards nationally and internationally.

This open pitching forum provides the opportunity for Summit attendees to deliver a 1 min pitch, presenting their product, service, skills, or a specific need they have in the context of film, game design, animation, and (audiovisual) technology.

Apply for the 1 min pitch

Digital Humans in film, games, entertainment and the arts 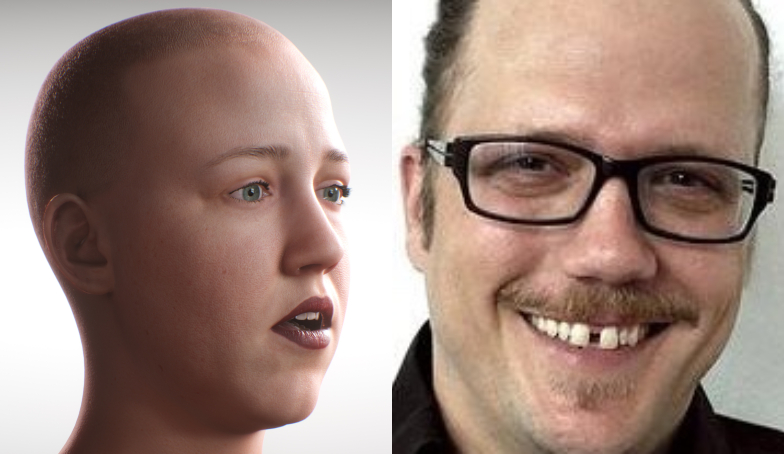 Digital Humans are on the rise - we have recently seen some becoming (virtual) celebrities, gaining followers, and creating influence, while an increasing number of them is populating films, games, VR experiences or commercials. Graphics technology, storytelling, and social media are merging together to bring these new beings to life. But what are Digital Humans really, how do they come into the world, who makes them, how, and why? Will the existence of personal avatars become a commonplace reality? Hermione and David will explore some of these aspects and address the approach to content and technology of their 3D animation and motion capture studio, Mimic Productions, and give insights into the secret life of Hermione’s life-like human avatar, EM.

Hermione Flynn is a trained performance artist, CEO of Mimic Productions and the founder and art director of 3D creative agency, Synthetic Studio. David Bennet is the founder of Mimic Productions and a pioneer in the 3D industry, having worked on major blockbuster films such as “Avatar”, “Tin Tin” and “Rise of the Planet of the Apes”. With Mimic Productions they create digital 3D humans which are indistinguishable from real life. Some of Mimic’s past clients include global brands (Nike, Swatch and Cartier), world-renowned artists (Marina Abramovich and Jeff Koons) sports heroes (Roger Federer, Christiano Ronaldo and Neymar Junior), music legends (Kanye West), and several industry-leading games (Batman: Arkham Knight, NBA 2K and Hit Man), to name a few.

Cluj Future of Work : Jobs and skills in the local creative economy 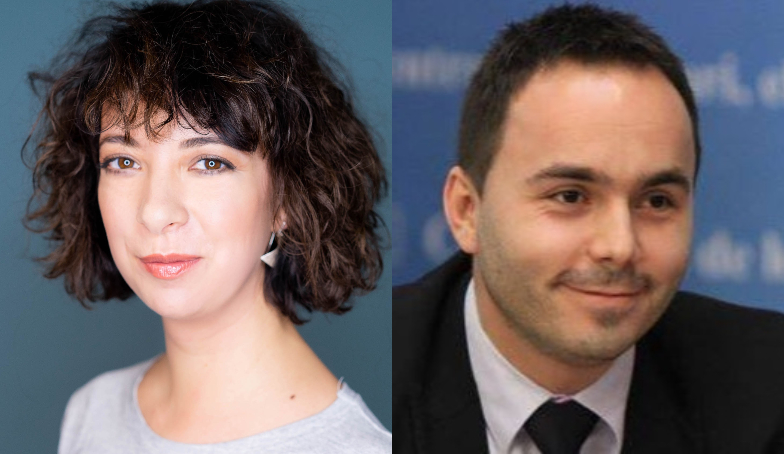 This talk will look at the future of work of cultural and creative industries. In 2018, the project “Cluj Future of Work” won the European “Urban Innovative Actions” grant and is currently testing at city level the impact of creative and cultural industries on creating a more competitive and equitable local economy. Anamaria and Ovidiu will examin strategies for a shared future, from education, workforce reorganizing and reskilling to the radical restructuring of socio-economic systems. “Cluj Future of Work” will follow the work done by the Cluj-Napoca Urban Innovation Unit, the first of its kind in Eastern Europe, tackling the challenges of urban mobility, housing and future of jobs.

Anamaria Vrabie has been working in the field of integrated urban development for the past 12 years in Europe and the US. She holds an MA in International Affairs as a Fulbright Scholar at The New School New York. Ovidiu Cîmpean has been working in the field of local development and European funds for the past 10 years within the Cluj-Napoca Municipality. He holds a PhD in International Relations and European Studies at Babes-Bolyai University, Romania. Anamaria and Ovidiu are each leading mirror structures connected through innovation - the Urban Innovation Unit within Cluj Cultural Center and the Center for Innovation and Civic Imagination within Cluj-Napoca Municipality, planned to merge and be fully transferred to the Municipality in 2022.

infiniTIFF Manifesto has been developed by forward-thinking entrepreneurs, policy makers, movers and shakers from arts, culture, as well as the academic world in Cluj-Napoca in the framework of the infiniTIFF Workshop. It contains clear calls to action for local policy makers, creatives and entrepreneurs, and intendeds to inspire new forms of collaboration across disciplines and to incentivize new business activity at the intersection of film, game design, animation, and audiovisual technology in Cluj-Napoca.

The infiniTIFF Manifesto will be presented and debated publicly for the first time during the infiniTIFF Summit.

This open pitching forum provides the opportunity for Summit attendees to deliver a 1 min pitch, presenting their product, service, skills, or a specific need they have in the context of film, game design, animation, and (audiovisual) technology.

Apply for the 1 min pitch