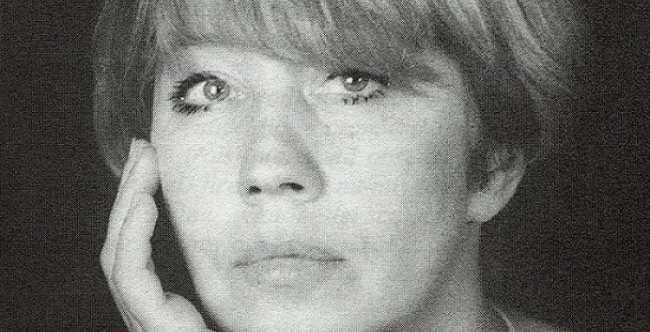 Celebrated Romanian film and theatre actress Carmen Galin, who turned 70 years old this year, will be honored by Transilvania IFF with the Excellence Award. The awards ceremony is scheduled on 4th of June, at the National Theatre in Cluj. The Lifetime Achievement Award will go to actress Lujza Orosz.

The public will have the chance to see one of Carmen Galin’s best performances in Sand Cliffs (1982), directed by Dan Pița, with fellow actors Victor Rebengiuc, Marin Moraru și Gheorghe Visu. One of the most provocative films made before 1989, it was banned by the communist regime 4 days after its premiere, and it was screened during Berlin Film Festival in 1991. The special screening at Transilvania IFF, in the presence of Carmen Galin, is scheduled Saturday, 4th of june, 3.00 p.m. at Cinema Victoria.

Carmen Galin, the beloved actress of the Romanian cinema and stage (born in 1946) lent her very special brand of charm to over 30 films but also to countless plays. She majored in Acting in 1967, in Bucharest, and made her debut with a supporting role in The Mornings of a Sensible Youth (1966). The film's director, Andrei Blaier, offered her the part that would turn her into one of the most sought after actresses of her generation - the protagonist in Postcards with Flowers (1975). Next, she starred in films such as Tănase Scatiu, Red Apples (1976), The Circus Performers, Ana and the Thief (1981), for which she received the Filmmakers' Association's Acting Award, and, last but not least, her most complex and dramatic role yet, in Sand Cliffs (1982, directed by Dan Pița), which will play during TIFF. Another beloved part was her turn in the TV series Fram (1983).

The Lifetime Achievement Award goes to Lujza Orosz (1926), famed actress of Cluj's Hungarian State Theatre, became really known thanks to Calamity (1978), co-directed by Andrei Blaier and Iosif Demian and programmed to screen during TIFF. The calamity in the title refers to the war and all its traumas, as seen from a remote northern Moldavian village. Her previous turn in Vifornita (1973, directed by Mircea Mureșan), in which she starred with actor Gheorghe Cozorici, had already made her famous among critics and fellow cineastes alike, bringing her the Filmmakers' Association's Acting Award. The actress has also played in A Girl's Tears (by Iosif Demian), which was screened at Cannes in 1982. Together with Marga Barbu, George Motoi and Florin Piersic, she was one of the faces of The Yellow Rose, from the “Mărgelatu” franchise.