András Muhi: Time is the only judge 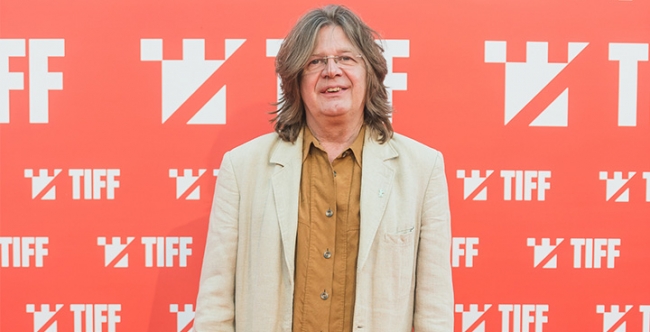 András Muhi is one of the prominent European producers. In 17 years of activity he has produced more than 120 films that went on to win great awards at top-tier festivals including Cannes, Berlin, Locarno, and Karlovy Vary. His last feature films On body and soul won the Golden Bear at the 2017 Berlinale. He is member of the jury for the official competition at TIFF 2017.

I have read somewhere that you started with law school? From lawyer to movie producer — how did that happen?

Then you founded Inforg Studios and produced more than 120 films. How do you decide between projects?

I started with young and talented film directors and after some success, older directors came and wanted to work with me. But I was always interested in quality. If you are a nice boy but your project won’t bring something new in Hungarian or European film, well…

Is this what you want to see in films as a member of a jury?

Yes. Undoubtedly. The quality level. Even if I don’t like a film, I can tell in my mind if it has the potential to bring — or actually brings — something new to film.

That seems to be a principle of selection for festivals, too.

Yes. I think so. If Cannes, Locarno and so on, and TIFF as well, if any of these invite one of my films, that for me is a good result. It doesn’t matter if I sell a film to you and say that I made a great film. If they selected the film, then it means something.

After all these films, festivals, and awards, do you think of retiring?

(laughing) I was just kidding. But do you think 200 films is enough?

Yes, really. But I won’t be retiring yet. It will be alarming when my films won’t be invited in these big festivals. Maybe I’ll have a bad year. After the second bad year, then I’ll go home.

I have a number of future projects, some with Romanian directors. I love the Romanian film, and I think the New Wave is special. Romanian producers like Tudor Giurgiu helped me hugely when shooting Aglaya (2012) and my state subsidies collapsed.

Do you think the number of festivals, awards, or screenings are the elements that make a film go into history?

So you think film criticism is important?

Yes. I’m sure. About 10-20 years ago this was the norm. But now, when moving pictures are absolutely everywhere, quality films are just a small part of this whole.

Definitely. If you look at the arts, their audiences started shrinking. Film is in the same category. The number of people following the arts is always shifting, always in motion.