21.05.2016 18:06
Among the special events of Transilvania IFF, there is a generous program dedicated to Lithuania. 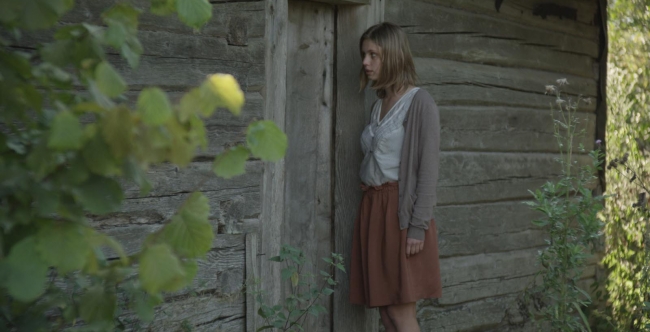 Moviegoers will have the opportunity to see 10 Lithuanian films, some representative for the past five years, some restored classics, and three of the most famous works of the Lithuanian filmmaker Šarūnas Bartas, guest of the 3X3 section. An important delegation of filmmakers, curators, critics and representatives of the partner institution, the Lithuanian Film Centre, will be present at Cluj for the first major event of this kind organized in Romania for the Baltic country.

Director Šarūnas Bartas, together with his daughter, actress Ina Marija Bartaité, and producer Jurga Dikčiuvienė will come Cluj to discuss with the audience the film Peace to Us in Our Dreams, selected in last year's Quinzaine des Réalisateurs at Cannes and one of the 3x3 entries. In the movie, the main character is played by Bartas himself, the role of the girl is played by his own daughter, Ina Marija Bartaite, and her mother, actress Katia Golubeva, who died in 2011, appears in a short video footage. Šarūnas Bartas (born in 1964) is one of the most prominent Lithuanian filmmakers. Known for having refused conventional dramaturgy in favor of minimalism and philosophical references, Bartas has drawn the attention of the international critics since his first film. The other two films presented at TIFF in the 3x3 section are Freedom (for which Jurga Dikčiuvienė was assistant director) and One of Us (the main role is played by Bartas' es-wife, Katia Golubeva).

Within the Lithuanian focus, moviegoers will also watch the multi-awarded Vanishing Waves (by Kristina Buozyte), a sci-fi with dark notes about the human psyche and the impossible love between a scientist and a patient in a coma. Actress Jurga Jutaitė will talk with the audience after the screening. Co-directors Maxi Dejoie and Virginija Vareikytė will present the controversial documentary When We Talk about KGB and the screening of The Gambler (r. Ignas Jonynas), Lithuania's proposal for the 2014 Foreign Language Oscar, will be attended by Vytautas Kaniušonis, who plays an ambulance driver whose weakness for gambling makes him to his patients' lives in danger. Igrushki is a documentary about the residents of a small town in Belarus who illegally sell teddy bears to train passengers and Master and Tatyana is a documentary about the eccentric photographer Vitus Luckus, considered one of the most influential Lithuanian artists ever. The directors of these two last films, Lina Lužytė and Giedre Žickytė, and will be in Cluj.

Two of the Lithuanian classic films will benefit from single screenings in restored digital copies – Beauty (1969) and Feelings (1968) – the latter having been voted in 1995 the best Lithuanian film ever made. The program could not overlook the father of avant-garde cinema, the Lithuanian-American filmmaker Jonas Mekas, honored with a special screening of The Brig, his film of visceral authenticity awarded at Venice in 1964. Finally, 2 Nights Till Morning is a Lithuanian minority co-production filmed in Vilnius, which complements the focus with the story of a one night stand between two people who do not speak the same language (a Finnish and French) and are stranded in a foreign country. Finnish director Mikko Kuparinen will attend the screening.

Focus Lithuania is organized in partnership with the Lithuanian Film Centre, and the program also includes special events and a concert of Garbanotas Bostistas, a neo-psychedelic rock band from Vilnius which has already conquered the British, Baltic and Balkan audiences. The concert is scheduled on May 28, at 10.00 PM at Casa TIFF. Among the representatives of the Lithuanian Film Centre present in Cluj iare Rolandas Kvietkauskas, the director of the institution, and Liana Ruokytė-Jonsson, the director of the PR department.

In addition to Šarūnas Bartas, the 3x3 section devotes two mini-retrospectives to filmmaker Chantal Akerman, a rare opportunity to watch on the big screen films such as Jeanne Dielman, 3 Commerce Quay, 1080 Bruxelles (1975), Je, tu, il, elle (1974) and News from Home (1977), and to the Turkish director Zeki Demirkubuz invited to Cluj with his recent Nausea (2015) and the highly acclaimed Masumiyet / Innocence (1997) and Kader / Destiny (2008).