Geoff Andrew: Honesty above All 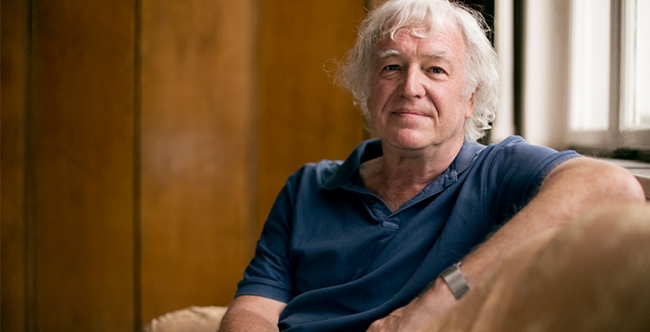 Geoff Andrew wrote numerous books on cinema, including studies on Krzysztof Kieślowski’s Three Colours trilogy, on Nicholas Ray, and on American indie filmmakers. He is the film programmer for BFI Southbank, London, and a programme advisor for the London Film Festival. He served on juries at Cannes, Istanbul, Torino, Sarajevo, and others, but this year he will judge TIFF’s official competition.

It seems that all of your books are based on auteur theory. Do you think auteurism still holds its ground?

Yes. But I always believed that one should modify it, qualify it. Because obviously a director is more of an author if he is also the writer. Even then there are other people involved, there are producers, composers, actors, camera men, they all contribute to the film. The level of authorship is different from film to film and from director to director. If you have someone like Cristi Puiu, who writes and directs and produces his films, he has a lot of responsibility. So if we say if the film was good or bad it is mainly because of him, yet it’s not entirely because of him, there are other people, but…

So what Truffaut said, that we should prefer bad films from auteurs to good films from directors…

Well, I don’t agree with that. If you have an interesting director, quite often his failures will be interesting. But I have friends that are auteurists and say: “This is an auteur. He cannot have bad films.” That’s ridiculous.

But are critics still searching for auteurs?

I don’t know. There are critics and critics. There are critics who write for the commercial publications and are interested in talking about the big films. But there are more serious critics that look beyond the mainstream, and I think that even they are not looking for new auteurs, but then it’s always a pleasure to discover a new filmmaker. The reason I’m here is that I’ve paid a lot of attention to Romanian cinema in the last 12-15 years, and it was really exciting to be discovering Puiu, Mungiu, Jude.

Are festivals or juries still searching?

I don’t really search, but I always welcome the discovery. One of the pleasures of being on a jury is having to watch a lot of new films. It can be very interesting. I was on a jury in Istanbul a few years ago and I was asked if I wanted to be on the jury of the official competition or on that of the Turkish competition. Instantly I decided for the Turkish one. We gave the prize to a young woman and she went on and did three feature films. All good films.

What do you look for in a film?

Personally, I think the older I get the more I look for films that are honest about life. That doesn’t mean that they have to be realist films. But I don’t like to feel manipulated by the filmmaker. I like a film to be emotionally honest, to be truthful in the way that it depicts life and people. As I got older I liked genre films less. Genre seems to be a limitation to me. The most interesting films are those that you can’t put into a genre.

Then what might be the purpose of a film?

Most films are made to entertain and to make a profit, but I think that the films that last, the films that endure and are important are the films that help us to understand ourselves a little bit more, they make us think about life, about what we should put into life, what should we take from it.