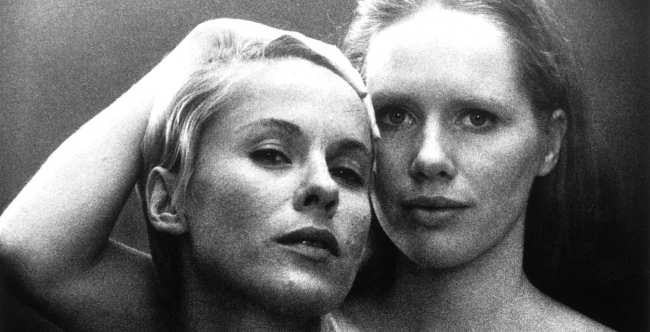 Seven recently digitally restored Bergman films, together with a multimedia exhibition exploring Bergman’s influence in fashion and art and presented in Romania for the first time, will be part of Close up Ingmar Bergman, a special sidebar of the 17th edition of the TIFF, to take place between May 25 and June 3 in Cluj-Napoca, Romania.

#Bergman100 is a world-wide celebration of the Ingmar Bergman Centennial, which started off last fall on the initiative of the Ingmar Bergman Foundation, which also administer the Bergman archives, which have been listed as a UNESCO site since 2007. Important figure of world cinema and one of the greatest artists of the 20th century, the Swedish director worked in theater and cinema, producing no less than 60 films. Three of these titles were awarded the best foreign language film Oscar by the American Academy of Motion Picture Arts and Sciences, and Bergman himself received an honorary Oscar in 1971.

Bergman’s sophisticated family drama Fanny and Alexander (1982) received four Academy Awards, including for best foreign language film, a Golden Glove, and a César, among other honors. Inspired from the director’s own life and set in Uppsala, the town of his childhood, this exceptional late film will be presented in the TIFF retrospective.

Summer with Monika (1953), on the other hand, was the film that put the world on notice early one. It is based on the eponymous novel by Per Anders Fogelström, an emblematic figure of modern Swedish literature. At the time of its release, the film played a pivotal part of the heated debate on nudity in film.

Wild Strawberries (1957) is a reference point in the Bergman filmography, and was nominated for an Oscar after receiving a Golden Globe and a Golden Bear at the Berlinale. It is a philosophical exploration of human existence that combines in perfect tonal harmony not only the director’s recurrent themes (lack of communication, the fear of death, faith), but also the great currents in world cinema (expressionism, neorealism, and poetic realism).

Launched the same year, The Seventh Seal (1957) is an allegory with apocalyptic visions about the meaning of life. It contains one of the most iconic images in cinema: a knight playing a game of chess with Death.  It brought Bergman a Special Jury Prize in Cannes and solidified the director’s international standing.

The razor’s edge confrontation between an actress withdrawn in silence (Liv Ullmann) and her nurse (Bibi Andersson) in the masterpiece Persona (1966) did not receive many awards but has been rightfully called by critics the Mount Everest of cinematic analysis. One of the most experimental films in Bergman’s oeuvre, the film touches on controversial themes such as lesbian relationships, maternity, or abortion—a range of subjects that prompted a re-edit shortly after the launch. TIFF will screen the original, uncensored version.

Bergman’s last film intended for the cinema, Autumn Sonata (1978) follows the tense confrontation between a renown concert pianist and her neglected daughter. It brings together Liv Ullmann, one of his most important muses, and Ingrid Bergman, the celebrated actress from whom this was to be the first collaboration with the director and the last on-screen role.

Saraband (2003), Bergman’s last film before he retired, continues the story of the couple played by Liv Ullmann and Erland Josephson in the miniseries Scenes from a Marriage (1973), 30 years after their divorce.

The surprise of the program is the screening of  Bergman Island (2004), Marie Nyreröd’s three-part documentary filmed almost entirely in Bergman’s house on the small island of Fårö in the Baltic Sea, where the director talks about his childhood and about the back story of some of his most important films.

In addition to these eight films, the TIFF audience will have the chance to discover Bergman’s influence on the great artistic currents of the 20th century. An impressive collection of photographs, newspaper stories, and video images will be presented in the multimedia show Ingmar Bergman and his legacy in fashion and art, open daily to the public in the Cluj-Napoca Art Museum.