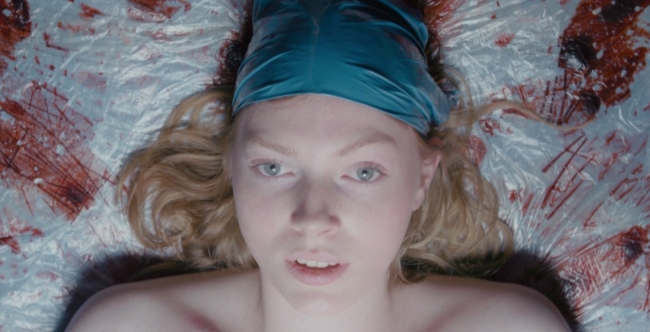 The 12 entries in the Shadow Shorts competition of Transilvania International Film Festival (May 27-June 5) deliver tension, the rush of anticipation, and a thrilling mix of fear and curiosity. A record number of directors in this competition will be present during the festival.

Selected by Mihai Mitrică, the entries in this section promise to be the darkest to date. The sadistic Mexican short Mother of God involves the audience in the sacrificing of a young woman in a ceremonial invocation of the Anti-Christ. Arcana is a film about witchcraft, while the terrifying Blight is a psychological thriller about a young priest called to perform an exorcism in an isolated village. For hardcore fans there is Sister Hell, generously abundant in sex, violence, and jabs against religion. Blasphemously absurd, Disco Inferno, which was awarded in over 35 festivals, constructs an inferno filled with occult symbols and women held prisoners by Illuminati. Also not to be missed is the animated masterpiece The Mill at Calder’s End by special effects maestro Kevin McTurk — a gothic horror which, as Gulliermo del Toro put it, simultaneously pays homage to and reinvents classic cinema.

Disturbing yet charming, Fuckkkyouuu premiered in sold-out screenings at Sundance this year and explores the tantalizing idea of meeting a past self. Into the Mud is a story about the simple terror of being followed and trying to evade predators. Malefic powers lie beneath the surface of The Pond, while the Frankenstein myth takes on a modern interpretation in Saint Frankenstein. The Behemoth’s video Messe Noir swings between surrealism and the macabre, and Dorian Boguță re-emerges as a director in Sfârșit (The End).

The Shadow Shorts jury is made up of Eliran Kantor, illustrator and album cover artist for over 10 rock and metal albums; Carter Pilcher, founder of Sorts International, member of the British Academy of Film and Television Arts; and Louis Savy, director of Sci-Fi London Film Festival.

The Shadows Shorts section is presented by ShortsTV.

Shadow Features, selected by TIFF Artistic Director Mihai Chirilov, includes Blind Sun, a thriller about the loneliness of a migrant who reaches the Greek shores during a heat wave, and the transgressive Ludo, which treads yet-unexplored territories of the horror genre and may well change the face of Indian horror cinema. In his debut film Lace Crater, Harrison Atkins subtly mixes genres, passing from comedy to drama, and explores themes such as isolation and the need for human or even super-human connection. Berlinale Panorama premiere Aloys analyzes the isolated life of a detective submerged in a world of surveillance camera feeds. Tom Greens’s Couple in a Hole is the surreally-inflected story of a couple in mourning, while Romanian director Jamil Hendi’s independent debut feature Vizitatorul (The Visitor) takes place in a Bucharest apartment with a sombre history and features Ionuț Grama, Oana Irina-Duțu, and Andreea Boșneag.

Midnight Delirium, curated by Columbia University Professor and former Program Director for the Film Society of Lincoln Center Richard Peña, presents choice Latin American horror films screened in TIFF at midnight. Jose Mojica Marins’s At Midnight I Will Take Your Soul is the cult Brazilian horror which first introduced the iconic character of Coffin Joe. Vampires in Havana, a Cuban animation which is a film critic favorite, parodies the vampire horror genre, while the captivating Cronos, Guillermo del Toro’s 1994 debut, is an unorthodox tale about the allure of immortality.

In 36 Steps, a black comedy and social satire by Argentine director Adrián García Bogliano, horror motifs blend with a critical discourse about female oppression. Jorge Michel Grau’s We Are What We Are, a tale about a family of cannibals, is an indirect take on social and psychic anomalies plaguing Mexico. Juan of the Dead, a zombie comedy in the style of Shaun of the Dead, takes on life during the Castro regime in Cuba and simultaneously proposes a way to revive the Cuban film industry.

Finally, the 1934 El Fantasma del Convento, the first horror talkie in Mexico, brings to TIFF a classic cast of characters of the golden era of genre movies — ghosts, monks, and mummies — in a surreal atmosphere.