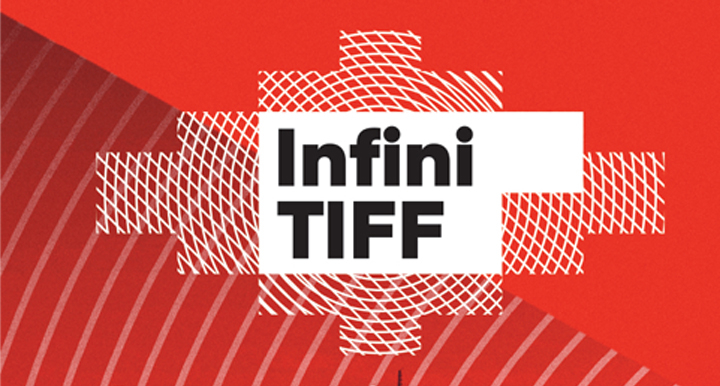 Transilvania IFF inaugurates this year in Cluj a new space for experimentation and innovation. Housed in the city’s former Fashion House (Casa de Modă), InfiniTIFF is supported by Samsung Electronics Romania and offers a platform for new forms of audio-visual storytelling and connects cinema lover and artists with cutting edge development in virtual reality and interactive cinema. TIFF thus joins festivals expanding into interactive and VR storytelling, including Cannes or Tribeca in New York.

Between June 3-10, the first edition of InfiniTIFF powered by Samsung Gear VR will present a broad spectrum of VR films in a dedicated customized space, as well as a big-screen program of interactive films, an installation which takes audiences through unique tactile and visual experiences, as well as YouTube-era screenings and workshops in VR production featuring film industry representatives, digital animation artists, VR and interactive producers, coders, and software designers.

The curator of InfiniTIFF is Erwin M. Schmidt, who has extensive experience in production, international sales, and festival curation. Until 2015 he was the 3D producer for Wim Wenders at Neue Road Movies. He is the founder of the Berlin-based new technology studio Cinemathon (www.cinemathon.international) and of Propellor Film Tech Hub (www.propellorfilmtech.com), a joint project of the Berlinale European Film Market, the Rotterdam International Film Festival, and the Copenhagen International Documentary Festival.

“InfiniTIFF will redefine the collective experience of cinema in the 21st century and will explore ways in which virtual reality and conventional filmmaking can coexist. This is a unique opportunity to supplement the traditional, passive experience of festival viewing with the active, participative experiences offered by new forms of audio-visual storytelling,” says curator Erwin M. Schmidt.

InfiniTIFF powered by Samsung Gear VR will provide novel experiences: Doom Room (June 3-5) is a tactile and visual journey of self-discovery, a combination of live performance and VR fiction directed by Jesper Dalgaard from Denmark. Other VR screenings will include Michel Reilhac’s “tantric poem” Viens! and Francesca Panetta’s 6x9, a The Guardian production which places viewers inside a solitary confinement cell to render visible the devastating psychic effects of isolation.

Millo Simulov’s Escape, the first 360-degree Romanian film, brings together seven youths who have to find solutions against the clock in an extreme vision of a reality show. The cast includes Florin Piersic Jr., Paul Ipate, Pavel Ulici, Michaela Prosan, Anghel Damian, Alex Călin, and Oana Nedelcu. Director Millo Simulov will also give a presentation about the technical challenges of making a 360-degreee film.

Simultaneously, a selection of interactive films will play in traditional cinemas, allowing audiences to decide courses of action or narrative trajectories for various characters. In Gilles Porte’s Tantalum, audiences will get a chance to use their cell phones to inhabit the character of the French President convincing world leaders and sports organizations that Paris deserves to host the Olympic Games. The interactive thriller Late Shift will ask audiences to help the main character, a student accused of stealing from an auction house, to demonstrate his innocence by voting 180 times during the course of action.

InfiniTIFF VR Workshop is geared towards professionals working in film, design, visual arts, digital animation, software development, etc. around the world. The 16 selected participants will work in teams of four to produce original VR content over the course of four days. The edited results will be presented to the public in the same place where they were produced. Workshop tutors include important names in the European new technology landscape: producer Mads Damsbo, creative technologist Balder Brüsch from the Makropol VR studio in Copenhagen, as well as Fred Baus from the Realab VR studio in Luxembourg. The deadline for submitting applications to the workshop is May 12. More details about the submission process here: