Weekend at the Castle: “Metropolis” cine-concert and "the most dangerous film ever made"

30.04.2017 13:26
During the first weekend of the 16th edition of Transilvania IFF (June 2-11), the Weekend at the Castle program returns to Bonțida with creative workships, daytime games and shows for children, and special events for grown-ups in the evening. 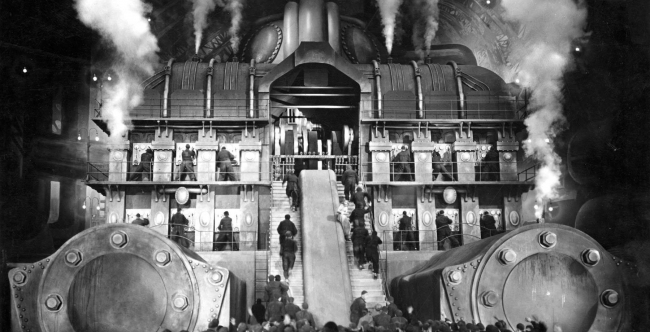 On June 3 and 4, the Banffy Castle will be hosting the screening of Roar (1981), an unclassifiable cult film which endangered the lives of its actors and crew, and the cine-concert Metropolis (1927), a 90-year old silent film masterpiece, accompanied by a live performance by the Transylvania State Philharmonic Orchestra in Cluj-Napoca.

On Saturday, June 3, starting at 21.45, the audience will get to see Roar on a big screen, the first and last film directed by Noel Marshall, the executive producer of The Exorcist (1973) horror. The production of “the most dangerous film ever made” lasted no less than 11 years, and the project almost killed the director and his entire family. It is said that none of the over 150 animals has sufferred during this process, but that more than 70 members of the crew and actors did. The images in the film depict real attacks which caused lesions requiring surgical interventions. TRAILER

The film follows the story of a family attacked by wild animals, and one of the main roles is played by Noel Marshall himself. His then wife, actress Tippi Hedren, famous for her role in Birds (Alfred Hitchcock), and Melanie Griffith, her daughter, are also part of the cast.

“It`s a sort of Jaws in the jungle”, wrote Variety about the movie launched in the USA only in 2015, and one that perfectly blends with this year`s visual campaign of Transilvania IFF, which will be revealed around this time.

One of the events that should not be missed this year is the Metropolis cine-concert, Fritz Lang`s 1927 masterpiece, with the live accompaniment of the Transylvania State Philharmonic Orchestra in Cluj-Napoca, scoring the original music composed by Gottfried Huppertz, conducted by the German conductor Stefan Geiger. On Sunday, June 4, starting at 21.45, in the fantastic backdrop of the Banffy Castle, the dystopia created by the expressionist director Fritz Lang will bear new meanings through the grand interpretation of the Cluj orchestra.

Launched in 1927, Metropolis has influenced not only modern cinematography, but also pop culture, which has, along the way, borrowed and reinterpreted many of the symbolic elements used by Fritz Lang to illustrate the society of 2026.

With a portfolio of tens of projects of sound portrayal of cinema masterpieces, conductor Stefan Geiger has been conducting the Youth Symphony Orchestra of Bremen since 2002, and was chosen the main conductor of the National Symphony Orchestra of Panama, Brazil for the 2016/2017 season. He conducted the cine-concerts The Adventures of Prince Achmed, in 2013, and Pandora`s Box, in 2015.

Tickets can be bought in advance on www.biletmaster.ro, and directly on the TIFF 2017 app, available in App Store and Google Store.