A wolf girl, a parrot spy and talking cows in the #Animal section 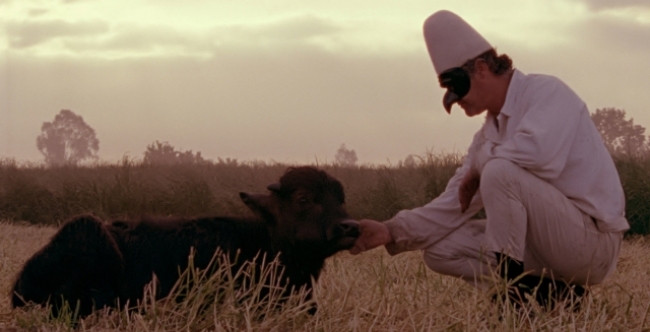 Animals are not just extras in movies; in certain directors’ visions, they play a starring role. This year, Transilvania International Film Festival dedicates a section titled #Animal to them. The relationship between man and animal, in its most varied forms, from worshipping to exploitation, will be explored in 10 revealing films selected by Transilvania IFF's artistic director Mihai Chirilov. These films compete for the FIPRESCI prize.

"The idea of a cine-zoo at Transilvania IFF came to me thanks to a slew of recent movies in which animals hold key roles: White God, Of Horses and Men, Dog, The Lobster, Rams, etc. What I was interested in while compiling this section, a true challenge given the thematic bet, were the various representations of animals in new fiction and documentary films. In some, the animal is a trigger or the one to reveal the story (the dog from Family Film, the bees from Zero, the cow from Holy Cow!, or the parrot from Lost in Munich). In others, the animal is a fully-fledged protagonist, and it even has an opportunity to verbalize its thoughts, such as the buffalo in Lost and Beautiful or the cow in Animal Politico. Sometimes, the animal is a mirror reflecting human nature, with the inherent distortions and similarities, such as the bulls from Neon Bull, the dog from Heart of a Dog, or the elephant from Tyke Elephant Outlaw. As for the relationship between the wolf and the protagonist of Wild, it must be seen to be believed,” Chirilov explains.

Neon Bull (d. Gabriel Mascaro), recipient of the Special Jury Prize in Venice 2015 is an unconventional introduction to the world of rodeo performances in Brazil, in which the director plays with the idea of masculinity which defines the old tradition of bullfighting.

Reality meets myth and legend in Lost and Beautiful (d. Pietro Marcello), a film that follows a farmer from Campania, Southern Italy. Once the protagonist suffers a heart attack during filming, a mythical character from the commedia dell'arte, Pulcinella, intervenes to save the baby buffalo the farmer left behind.

In order to comment on the nature of semi-fictive history, the political satire Lost in Munich (d. Petr Zelenka) is using the pretext of the arrival in Prague of a French-talking parrot that was a witness to the "betrayal of Munich,” the 1938 meeting in which France and England accepted Adolf Hitler's request to annex parts of Czechoslovakia. Brazilian director Tiao brings his film debut, Animal Politico, an absurd story about the personality crisis of a cow in search for the meaning of life.

Holy Cow (d. Imam Hasanov) follows the difficulties faced by a Azerbaijan farmer after he brings a European cow into a community governed by ancient traditions. Wild (d. Nicolette Krebitz), which premiered at Sundance in 2016, is a feminist parable in which a young woman discovers and frees herself from the constraints of patriarchy after she meets a wolf she begins to identify with.

Family Film (d. Olmo Omerzu), from the New Directors competition at San Sebastian 2015, tackles in an original manner the family drama genre, transforming the lost family dog into the connecting thread of the story. Avant-garde artist Laurie Anderson returns after 30 years with a new film, Heart of a Dog, a personal essay dedicated to her dog, Lolabelle, which serves as a touching and profound meditation on life and death.

Zero (d. Gyula Nemes), presented in East of the West competition of Karlovy Vary, overlaps honey love scenes with a doomsday setting caused by the massive industrialization of beekeeping. A documentary directed by Susan Lambert and Stefan Moore (Blackfish), Tyke Elephant Outlaw seeks the human factors that led an African elephant to kill its trainer before a horrified audience during a circus show in Honolulu in 1994.

The teaser of the section: