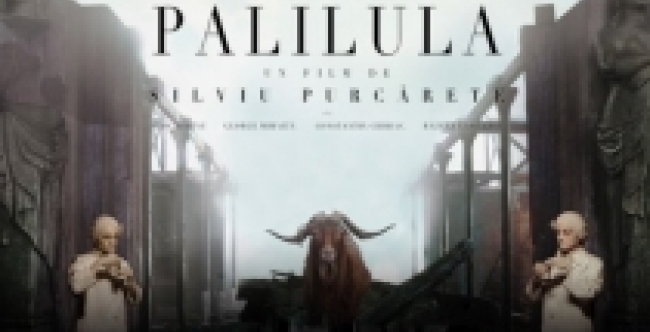 Transilvania IFF audiences are invited to a series of book and DVD launchings.

Thus, on June 7, at 6 PM, Cinema Arta will host the official launching of the „Pintilie. Cineast” DVD box-set in the presence of director Lucian Pintilie. A "must have" for any film aficionado, the box-set contains all of Pintilie's films, as well as a bonus disc with over 200 minutes of extras: cinema lessons, press conferences, workshops, TV shows, retrospectives, etc. The event will be followed by a screening of never before seen footage of master Pintilie introduced by Cristi Puiu.

TIFF Lounge will host the official launchings of three DVDs: Somewhere in Palilula (by Silviu Purcărete) – June 6, 4 PM, Adalbert's Dream, Gabriel Achim's debut black comedy – June 7, 3.30 PM and, at 4 PM, Lucian Georgescu's The Phantom Father together with the eponymous book by the writer of the film and David Lynch's long-time collaborator Barry Gifford. Last but not least, TIFF 2013 will host the first DVD issue of the New Romanian Cinema "beacon" The Stuff and the Dough by Cristi Puiu.

Film critic Angelo Mitchievici will be at TIFF Lounge on June 6, at 3 PM, for the launching of his book „Filmele care ne-au schimbat viața” (Ed. Eikon); he will be followed at 3.30 PM by Marilena Ilieșiu, who will talk about her book „Povestea poveștii în filmul românesc”, while Valerian Sava will be there on June 7, also at 3.30 PM, for the introduction of the second volume of his „O istorie subiectivă a tranziției filmice”.

This year, those in love with technology will be able to meet in the Microsoft spot (Ursus Open Air, Unirii Square) where they will be presented with the most recent Windows 8 devices, apps, games and Xbox consoles.