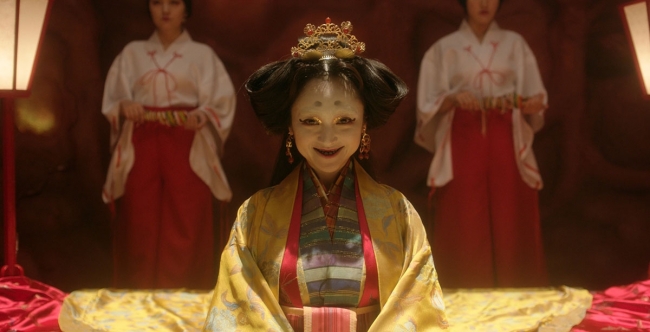 Invited at TIFF in 2016 for a retrospective, Japanese director Sion Sono fell in love with the legends and architecture of Transylvania and was inspired to write a vampire fantasy—which he eventually came back to shoot in the area. An apocalyptic confrontation between two rival, blood-thirsty clans, was shot in the basements of the Art Museum, the former Continental Hotel, the Unirii Square, and the Museum Square, as well as in the spectacular old salt mine galleries in Turda and the Corvinus Castle.

Tokyo Vampire Hotel is a series co-produced by Amazon, featuring Japanese stars Kaho, Ami Tomite, and Lorena Koto, alongside Romanian actors and a crew of professionals from Bucharest and Cluj. Cristian Rigman, the young actor Sion Sono noticed in TIFF’s 10 for Film program, is joined in the cast by Elisa Pârvan and Sandra Ducuță, together with graduates or students of the Theater and Television School of Babeș-Bolyai University, on the Bonțida outdoor screen on May 27. “The film would have lost its strength had I not filmed in Romania,” said Sion Sono.